“War Childhood” project was initiated by Jasminko Halilovic in 2010, when he launched a call for people to send their short answers to the question: “What was the war childhood for you?” A big response to the call was followed by two and a half year long editorial work on a book.

Long awaited book “War Childhood” was finally published in January 2013. After two and a half years of work on the project, the ultimate aim was achieved – illustrated book on 328 pages brings stories of generations that grew up during the war.

This widely supported project caught the public’s attention with its rather unique concept: to research and present experience of children from Sarajevo with mosaic of short stories. More than a 1000 of short recollections of people from all over the world found their place in the book. ​

The book has three parts. The first comprises introductory texts on Bosnia and Herzegovina, Sarajevo, the siege of Sarajevo, and the project. The second, main section of the book is a mosaic of the short recollections gathered during implementation of the project. The third section has a visual focus, bringing together keepsakes: photographs, drawings, diary entries, stories, letters, etc.

The book has been presented in over 10 countries and translated to six languages: English, Polish, German, French, Italian and Japanese. Japanese translation was published in Japan by Shueisha Inc. 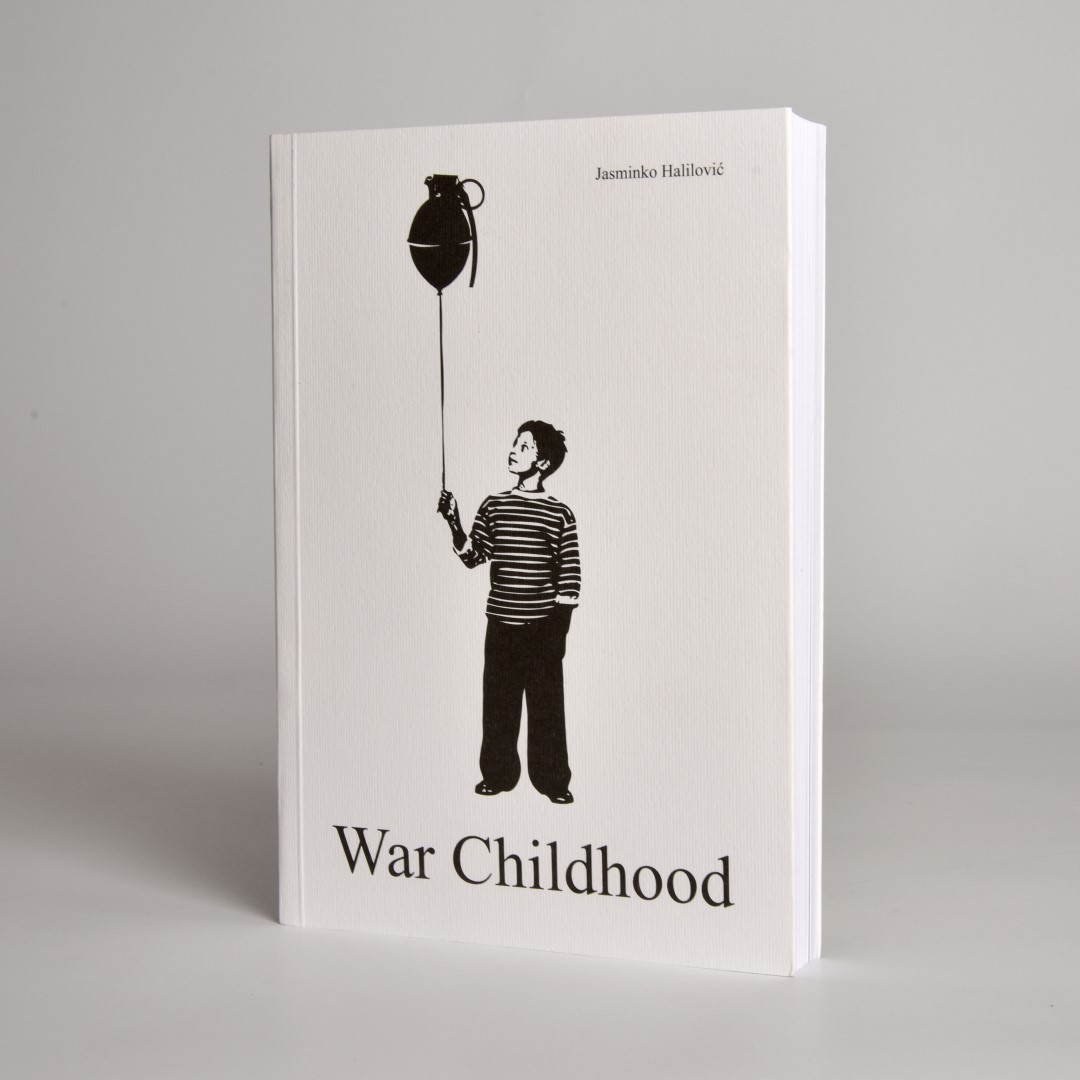 “The testimonies, memories, snippets, drawings and photographs collected in War Childhood transport us to a world no child should ever experience. It is a place of lost innocence, tragedy and pain; but this book is also a testament to the resilience, humour, imagination and play that—despite the horror of war trying to quash it—still manages to shine.”

“War Childhood is a remarkable work. Harrowing and heartening in equal measure, it is a reminder that, even in the direst of circumstances, children will find small, sustaining joys. With this compendium, Halilović has made a gripping, humane, and invaluable contribution to the field of peace and conflict studies.”

“The fighting in Bosnia ended more than 20 years ago, but these messages, and this book, are timeless in their wisdom and passion and, occasionally, their wry humor. What they say—what this book says—is precious and smart and should be read by everyone."

“This mosaic of memories comes together in a fascinating, kaleidoscopic way, to tell the story of the besieged generation. I applaud Mr Halilović’s efforts to ensure that we do not forget this period of recent European history.”

“During childhood all things are experienced in an abstract dimension including the most extreme existential experiences such as war, death and love. Many testimonies I have stumbled upon reading this book speak about that, thankfully, abstract dimension. This book should have universal significance."