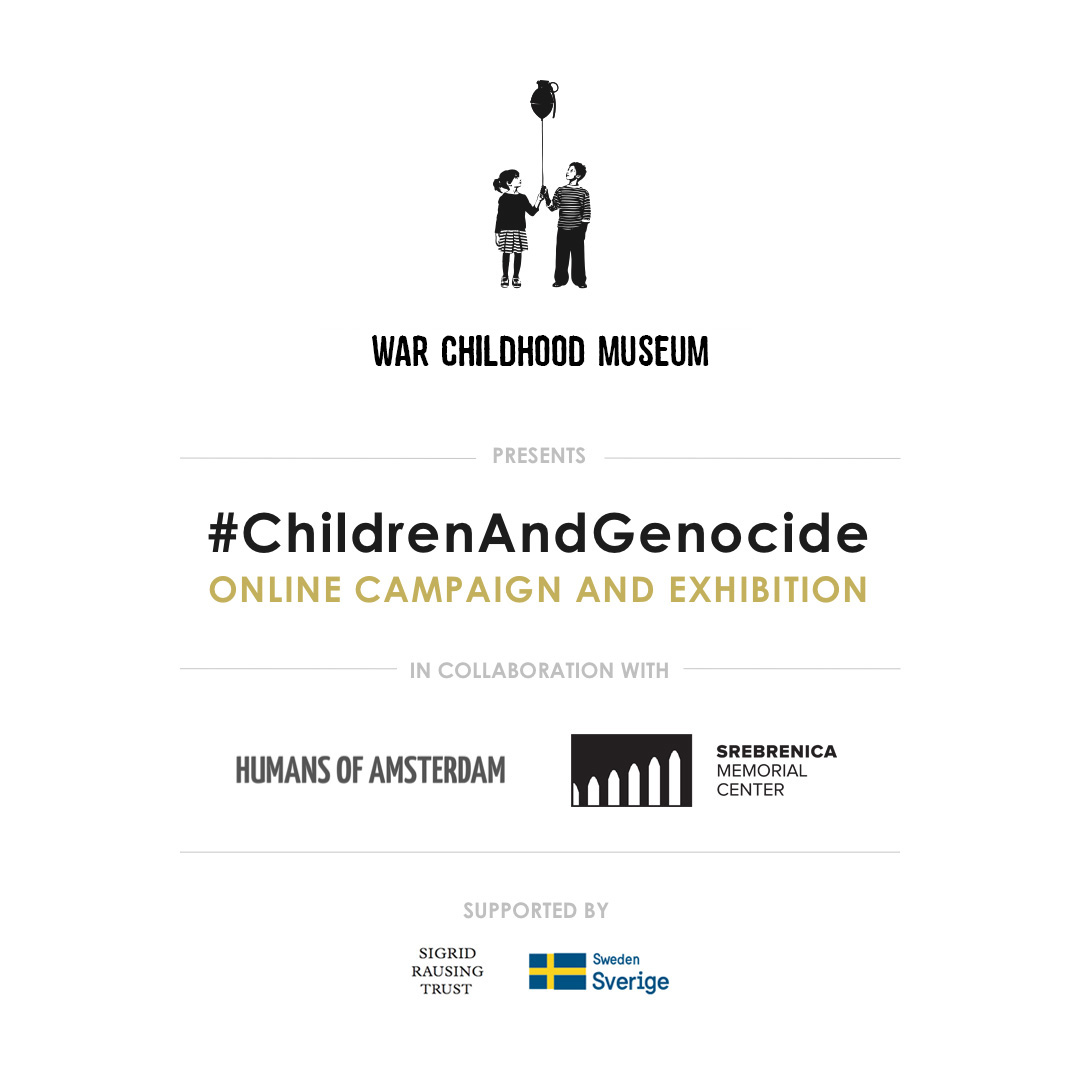 The War Childhood Museum presents #ChildrenAndGenocide, a global online campaign and exhibition realized together with the Humans of Amsterdam platform and the Srebrenica Memorial Center in July 2020. This campaign features the portraits, personal belongings, and stories of 14 people whose childhoods were marked by the Srebrenica genocide.

The WCM’s mission is to document and present the personal stories of those whose childhoods were affected by war. With the 25th anniversary of the Srebrenica genocide approaching, we partnered with the Srebrenica Memorial Center to document the experiences of children in Srebrenica. We then invited the team behind Humans of Amsterdam, one of the leading European storytelling platforms, to help us present these experiences to the wider public. Across its social media channels, the Humans of Amsterdam has over 500.000 followers from all around the world, and its founder, photographer Debra Barraud, worked with our team to produce this series.

Over the course of ten days, while doing fieldwork across BiH, we once again met with 14 survivors who had the courage to share their stories with us. The campaign was shared on the social media channels of both the WCM and the HoA in July 2020, reaching over 11 million people worldwide. Two pop-up exhibitions, one in Sarajevo the other in Stockholm, followed the same year.

You can find all the stories by following the #ChildrenAndGenocide hashtag, or by visiting the link below.