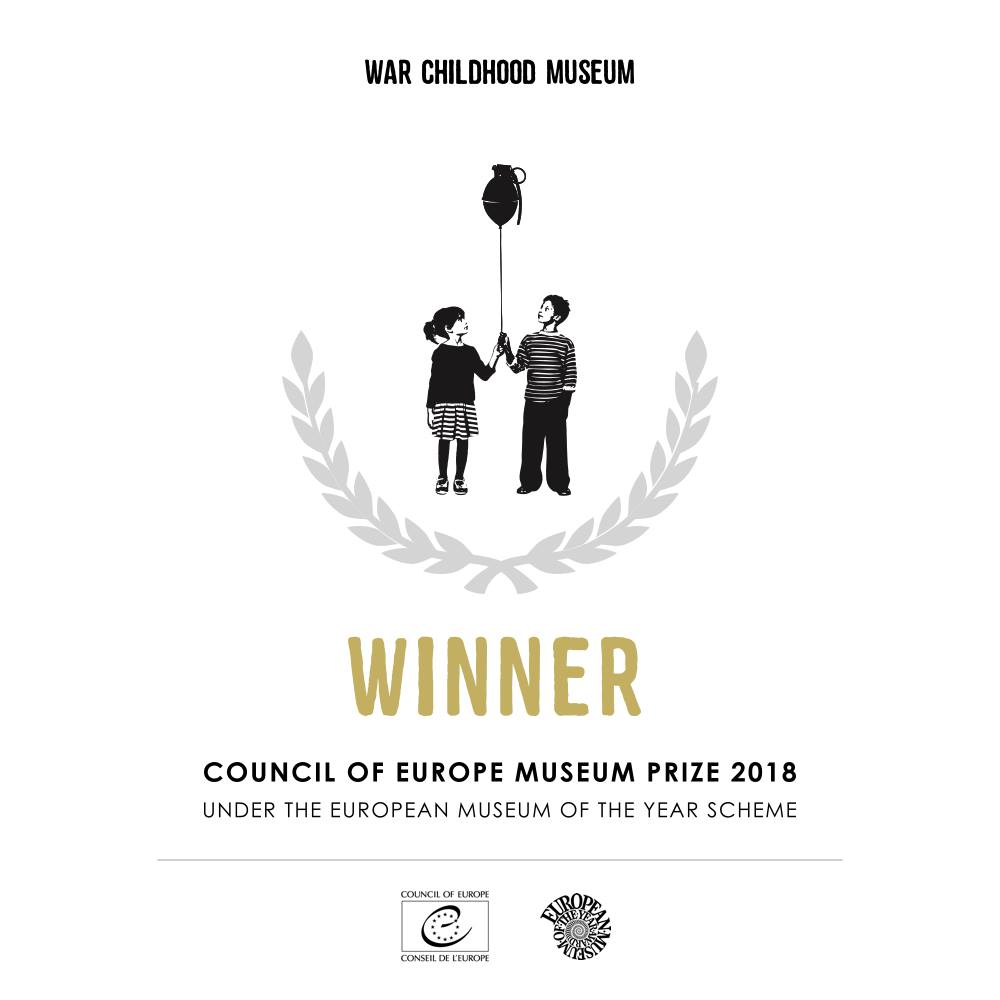 The 2018 Council of Europe Museum Prize – one of the most prestigious awards in the museum industry – has been awarded to the War Childhood Museum as part of the European Museum of the Year Awards.

The Council of Europe Museum Prize has been awarded annually since 1977 to a museum judged to have made a significant contribution to the understanding of European cultural heritage. It involves recognition of the excellence displayed by the winning museums in the approach they take to museum work.

In their announcement, the Council of Europe writes: “The War Childhood Museum, which is deliberately apolitical, aims to fill in an existing gap in documenting war experiences from the child’s perspective and therefore expands its research and collection across Bosnia and Herzegovina, among diaspora living abroad and also globally. The judging panel praised the museum’s real potential to serve as a powerful self-sustained model of civic initiative and said it offered an example that could be replicated in other major conflict and post-conflict zones in the world.”

A judging panel of 13 experts, each from a different European country, awarded the WCM the CoE Museum of the Year out of 40 finalists from 22 countries. WCM has been presented with a bronze statuette, “La femme aux beaux seins” by Joan Miró, which the museum kept for a year. The prize has been presented at two ceremonies: first in Strasbourg in April 2018, then in Warsaw in May 2018 during the Annual Assembly of the European Museum Forum.